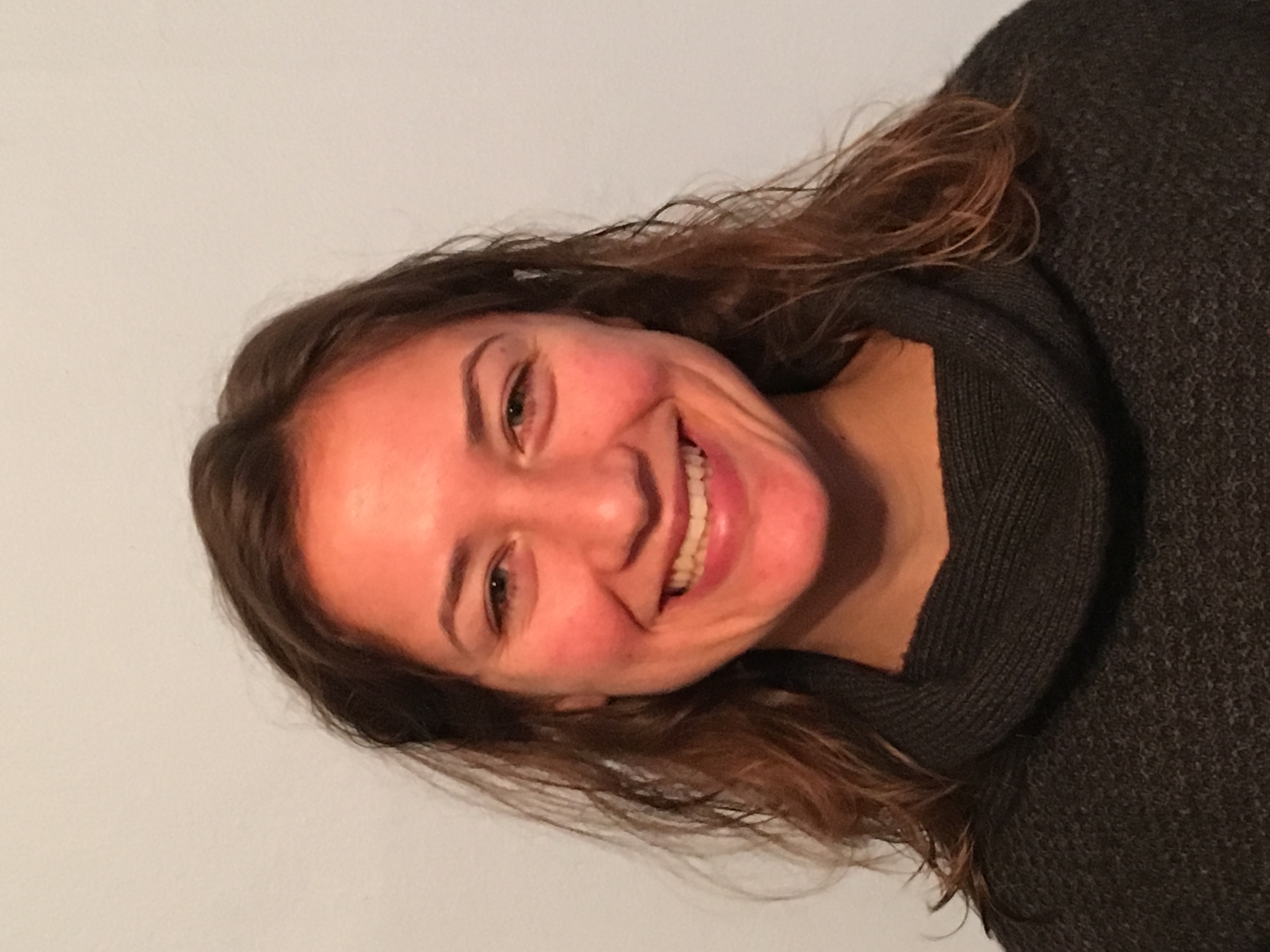 Alisa Strayer, MSW, MPH, is a recent alumni of the UW Master’s of Social Work and Master’s of Public Health programs. She worked with the Dementia Action Collaborative on implementing and assessing the Dementia Friends program in Washington State.

All interviews have been edited for length and clarity.

After graduating from college, I worked at an organization, called Fountain House, which is a community center for people with mental illnesses. I worked at one of their independent living buildings that was specifically for older adults, and many of them had dementia. That was the first time I had worked with older adults. I fell in love with the people I was working with. They were kind and tough and hilarious. Even though the job was hard and the things they were facing were even harder, talking and laughing with them made each day fun.

After about a week on the job, I knew that working with older adults was where I wanted to spend my time and my energy. I wanted to be an advocate with them. The world turned away from each of them as they grew older. They felt like they didn’t have a right to be upset when their benefits were cut for no reason or when their prescription wasn’t ready on time, causing huge medical consequences. They thought that they didn’t deserve any attention or rights because that’s what society had shown them – that after a certain age, especially if you have a disability or are not White, you don’t deserve more than the most basic necessities. That was what made me want to be an advocate around aging.

What was your project?

The Dementia Friends program is a 90-minute talk that discusses what is dementia and what can we do as individuals to support people with dementia. It teaches participants skills on how to interact with people with dementia. It follows a train the trainer model where presenters reach out to their networks and give these talks. The people the presenters give the talks to are called dementia friends.

In August 2018, Marigrace Becker, from the UW Memory and Brain Wellness Center, and I, in partnership with the Dementia Action Collaborative, began implementing the Dementia Friends program here in Washington. We started the program in King County, Jefferson County and Yakima County. We implemented and evaluated the Dementia Friends program to see: is this program effective? Is it changing people’s attitudes towards people with dementia? And how can the program be improved?

How did you get involved in this work?

I was looking for a project where I could work on destigmatizing aging. I was introduced to Marigrace Becker, who knows just about everything about mobilizing people to destigmatize dementia. She was looking for somebody to implement Dementia Friends and to evaluate it. It was a perfect overlap.

What interests you about destigmatizing dementia?

From those early experiences working at Fountain House, I had seen the lack of respect for people with dementia. My grandmother also had Alzheimer’s disease. My own family and I responded to her differently as her symptoms progressed, often infantilizing her or dismissing her while she remained very conscious of every slight. I am grateful that she was an incredibly strong woman and told us in no uncertain terms that she was still the same person she had always been and refused to be infantilized, fighting back on the stigma and the disrespect that so many people face through their dementia diagnosis. She helped us understand how to support her and learn how to advocate for her. That is probably what first taught me about destigmatizing dementia.

Alzheimer’s Disease and other dementias are devastating, but the fear that surrounds the diagnosis makes the experience much worse than it needs to be. Our society responds to people with dementia with fear, with stigma, isolation, treating them as having no humanity. I’ve talked to people, even in the aging field who say, ‘Oh, this person has dementia. They’re basically just a vegetable’. Things that are horrific. It made me want to see how we can change that script and change people’s minds. People with dementia shouldn’t be left with that as the only reaction people give them. It makes their lives a living hell. It doesn’t need to be that way. People with dementia remain the people they have always been, people with awareness of how they are treated, people with feelings, and sensitive emotions – but the ways they need to communicate does change. We need to learn how to change how we communicate with and support them, not abandon them. We also need to support the care-partners taking on the tremendous emotional and physical challenge of supporting their loved ones with little monetary or logistical support available.

What did you find in your evaluation?

For the Dementia Friends, the people who attended the Dementia Friends presentations, their attitudes towards dementia did improve. After this one 90-minute talk, there was a change both in their knowledge about dementia and their comfort with people with dementia. They also said they appreciated a chance to talk about dementia and share their personal experience with it. There are just not a lot of opportunities to talk about it.

The feedback that we got from the presenters of the program was that they enjoyed the experience of leading the Dementia Friends presentation, engaging with people and connecting with them about dementia. But they also said that there wasn’t as much support as they could have needed, especially for presenters who had less experience organizing presentations. They suggested a few areas to improve support, such as by enhancing their training and providing logistical support to organize presentations.

How do you plan on using that feedback?

Since both the participants and the presenters were quite positive about the program and there were measurable improvements in people’s attitudes towards people with dementia, the Dementia Action Collaborative decided they wanted to continue implementing Dementia Friends across Washington State. Each region in Washington will be implementing Dementia Friends and managing the implementation of it. As they roll out their program, they will need to provide additional support based on the feedback from the evaluation, such as enhancing training and providing logistical support to organize presentations. Many of these regions will continue evaluating their programs so we hope to see if these adjustments are addressing the feedback we received from our presenters.

Why is this work important?

There’s not a lot of space for conversations around dementia and there are limited opportunities to learn about it unless you’re actively a care-partner. Most of the people who attended the sessions were not care-partners. It gives them a chance to think about dementia and confront the ways that we treat people with dementia, or fear dementia as this abstract thing of the future. I think the Dementia Friends program provides hope and skills if they or a loved one develops a type of dementia. I think it’s important to shed some light and understanding and gentleness on this issue that is surrounded by a lot of fear and darkness and isolation.

What are your plans now that you’re graduating?

I’m on the job hunt, and I am still tangentially involved in the Dementia Friends program. I care a lot about continuing to spread dementia awareness. In Seattle and Washington in general, there’s a lot of energy around aging and dementia. It’s something that I’ve been honored to be able to be a part of and learn from the tremendous wealth of knowledge here. I want to add whatever limited perspective I can to the ways we think about not just aging, but how aging intersects with so many other issues that need to be addressed urgently, like racism. For example, when someone grows older, all the discrimination they have faced will continue to impact them, whether that is daily racist actions or whether it is the long-term health impacts of pollution that they were exposed to from not having access to safe housing due to redlining. This will impact how someone ages, how they develop an illness or disability as they age, the services they have access to, the support system they have, etc.

Dementia and aging advocates need to have these other needs and identities at the front of their minds when they talk about dementia, otherwise we will only ever be advocating for the wealthy and White. These are not profound statements, but I hope to be someone in the field who can keep the conversation coming back to how we can see people with dementia as full complete people, not just struggling with dementia, but with all that came before dementia and all that will come with the diagnosis.